What is included in the citation?
​Author. Title of source. Title of container, other contributors, version, number, publisher, publication date, location. 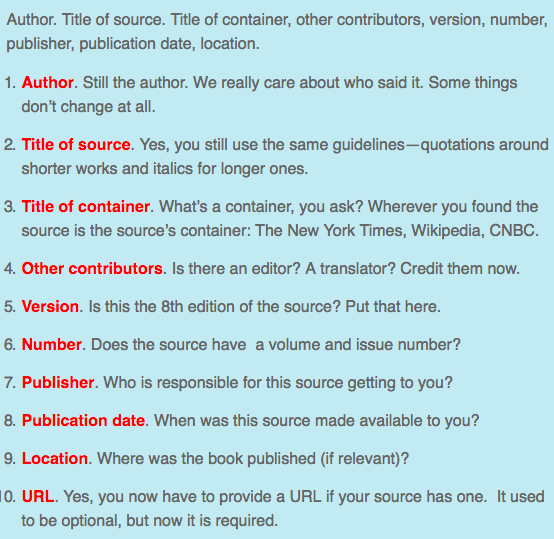 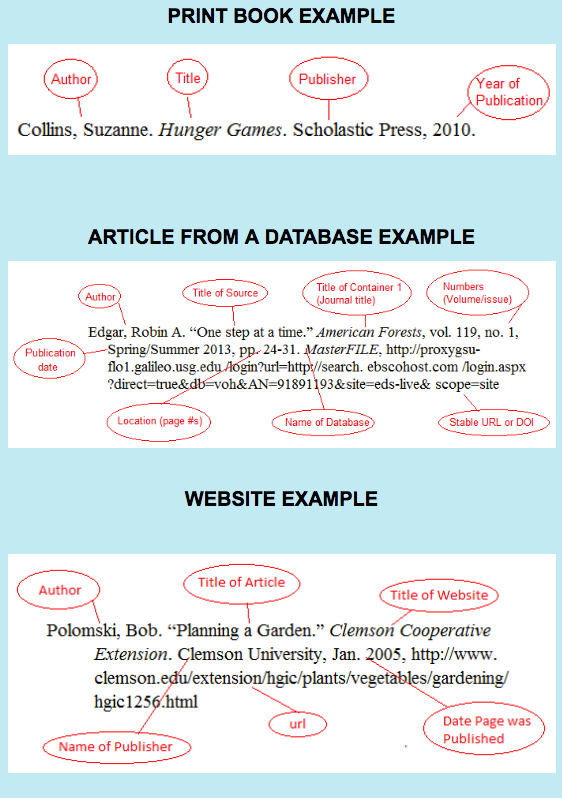 In-text citations can let a reader know which facts were taken from each source.
Two basic options for MLA in-text (aka parenthetical) citations:
1. Author(s) and Location
"The eighth-century English historian, Bed tells of how, in AD 449, Hengist and Horsa were invited by the Celtic king Vortigern to help him against his enemies..." (Hogg 1).
2. Location only*
In his article, "The Distant Shore," Anderson states, "Only about a hundred groups of isolated indigenous people are believed to still exist, with more than half of them living in the wilderness that straddles Peru’s border with Brazil" (42).
*The author is not added to the in-text citation because he is already mentioned by name in the sentence. When such information is given, it is permissible to not repeat it inside the (  ).
A Variety of Locations:
Page numbers are the most common location used in a parenthetical citation; however, there are many others including:No Author? No Problem:Not Just for Quotations:Electronic Text Tips:
Information taken from Georgia Highlands College